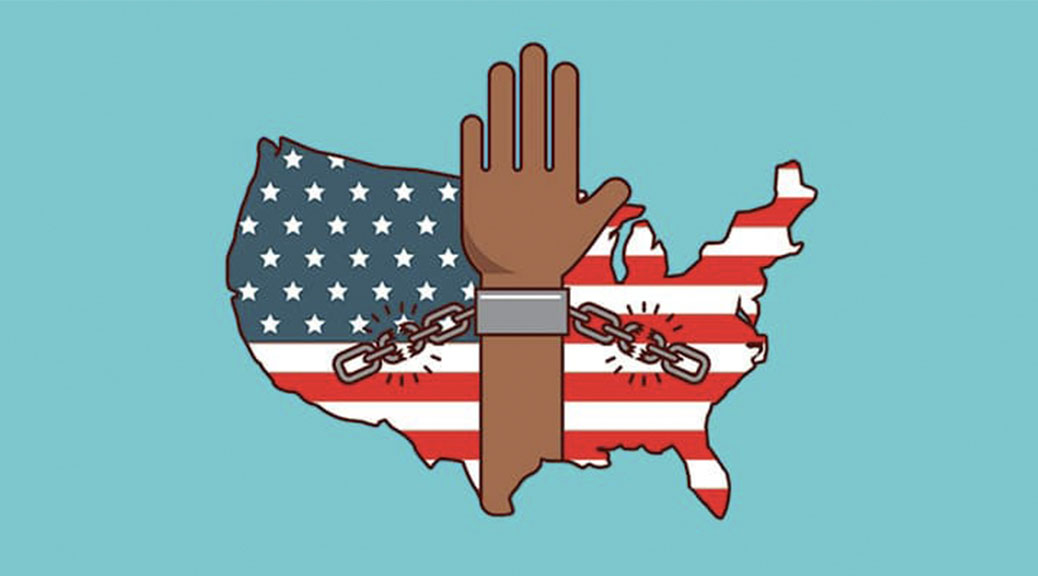 The Emancipation Proclamation didn’t end slavery. The end of the Civil War didn’t end slavery. But an order issued in Texas by a Union general on June 19, 1865, did. We call that day Juneteenth and we celebrate it every year. But this year isn’t like most years. This year we’ve seen weeks of protests against police brutality, systemic racism, and white supremacy, all sparked by the murders of Breonna Taylor, Ahmaud Arbery, and George Floyd, murders that seemed to jolt the world into realizing that while slavery may have ended in 1865, its legacy lives on.

From slavery to Jim Crow to mass incarceration, racism and state-sponsored, anti-Black and Brown violence have been a fact of life in America for 400 years.
So this Juneteenth let’s celebrate and support this growing nationwide movement to wrestle openly and honestly with that history in a way that has never been done before.

The Origins of Juneteenth

Juneteenth is sometimes called America’s true independence day, because if you really think about it, July 4, 1776, only represents the day that white male Americans became free. In his Independence Day remarks in 1852, Frederick Douglass, the escaped slave and abolitionist, asked, “What, to the American slave, is your 4th of July? I answer: A day that reveals to him, more than all other days in the year, the gross injustice and cruelty to which he is constant victim.” For 89 years, Independence Day was essentially a promise unfulfilled. But on June 19, 1865, Major General Gordon Granger issued an order to the people of Texas, and everything changed:

“The people of Texas are informed that, in accordance with a proclamation from the Executive of the United States, all slaves are free. This involves an absolute equality of personal rights and rights of property between former masters and slaves, and the connection heretofore existing between them becomes that between employer and hired labor. The freedmen are advised to remain quietly at their present homes and work for wages. They are informed that they will not be allowed to collect at military posts and that they will not be supported in idleness either there or elsewhere.
—General Orders, Number 3; Headquarters District of Texas, Galveston, June 19, 1865

As important as his words were and remain, General Granger definitely does not win high marks for eloquence. (His suggestion that the freedmen and -women continue to live with and work for their former masters also does not seem particularly well thought-out.) This is not inspiring prose. He’s certainly no Abraham Lincoln. Wait… what about Lincoln’s Emancipation Proclamation back in 1863? Why were so many of us taught in school that Lincoln was responsible for freeing America’s enslaved people?

News Used to Travel Really Slowly
Texas in 1865 was remote. Nobody there heard about the collapse of the Confederacy and General Robert E. Lee’s surrender at Appomattox for about two months. But that doesn’t explain why Lincoln’s Emancipation Proclamation, issued on January 1, 1863, took so long to be enforced. The Proclamation certainly sounded far more impressive than Granger’s order, but its effect—despite the prominence given to it in school books—was quite limited at first. It applied only to states that had seceded—which means that the Union had to win many battles before any slaves would have their freedom. The Emancipation Proclamation was many things—a rallying cry for the nation, a means to bringing former slaves into the Union Army ranks—but it did not, on its own, free anyone. So imagine the effect of Granger’s words as news slowly spread across Texas to the state’s 250,000 former slaves. All at once they found out not only that the war was over, but that they were free. Their joyous, spontaneous celebration gave birth to Juneteenth.

A Day of Celebration
At its heart, that’s what Juneteenth is: A day of celebration. Not that celebration was easy. A lot of former enslavers tried to hide the news or otherwise devise ways to delay emancipation. Many former slaves were met with violence when they tried to leave. The US Army had to set up 40 outposts throughout Texas to ensure that Granger’s order was followed. And even then, Jim Crow laws were spreading throughout the South, establishing segregation. Despite everything, the celebrations continued. Former slaves gathered on Juneteenth the very next year, and the year after that, and so on over the decades, with parades, parties, barbecues, or quiet family get-togethers. The celebrations continued thanks to Black families and communities, and all others who remembered and honored that day and what it meant. It’s time to put Juneteenth on everyone’s calendar, all across the country, especially this year, when so much of America’s true history is finally being brought out into the open.

This Year and All the Years to Come
For Black communities in America, justice has often been delayed. Whether it’s waiting almost 90 years for the promise of the Fourth of July to be fulfilled, or a year and a half for the Emancipation Proclamation to have the force of law—or months and months to be released from jail only because you can’t afford to pay bail.
It’s this very history that makes it so important to celebrate Juneteenth. Slavery was an abomination and it took a war to end it, but it did end. Jim Crow enshrined racism and prejudice in our laws, but the Civil Rights movement put an end to Jim Crow. Today, Black and Brown people still experience racism every day at every level of American life and face violence at the hands of the police, but millions of people are marching, advocating, rallying, and organizing to finally put an end to that too.
This Juneteenth, let’s stand together and continue the long march toward justice. Yes, it has taken far too long to get there, but change at last feels like it may be at hand.