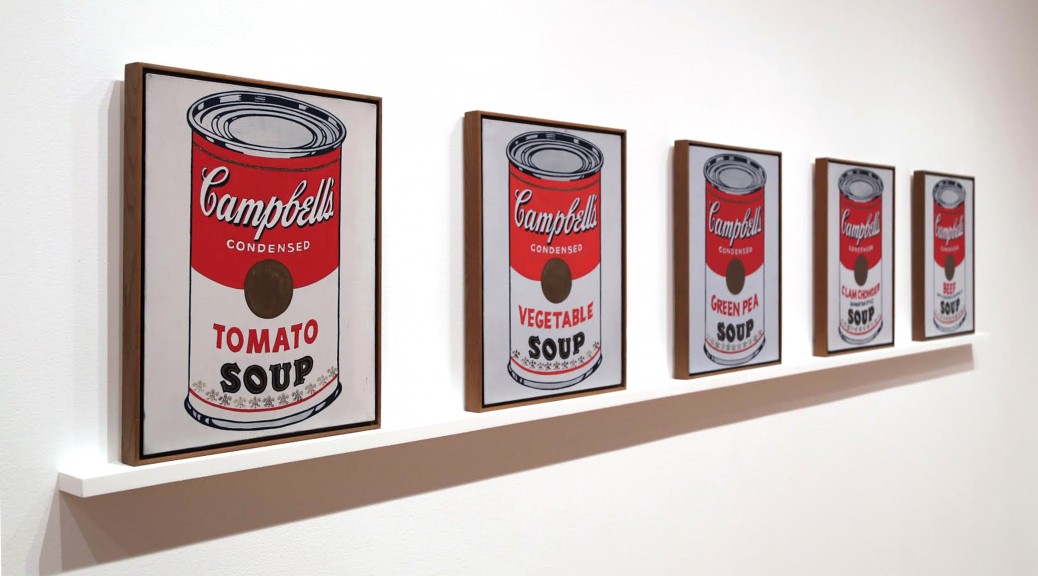 Our latest day at the gallery was spent at the Museum of Modern Art in New York for “Andy Warhol: ‘Campbell’s Soup Cans’ and Other Works, 1953-1967.”

The space welcomes attendees to Warhol’s work dating back to 1953, nearly a decade before his soup cans series. Freshly relocated from Pittsburgh, Warhol spent these years working as a commercial illustrator in New York. The relatively obscure shoe illustrations were used as advertisements for shoe manufacturer I.Miller and show the development of Warhol’s blotting line technique.

Guests are then guided to the centerpiece of the exhibit, thirty-two nearly identical canvases that make up Warhol’s iconic Campbell’s Soup Cans. The MoMA intentionally echoes the 1962 debut of the collection, presented at the Ferus Gallery in Los Angeles, by displaying the canvases side by side as opposed to its typical grid layout. This series of work marked the beginning of Warhol’s transition into repetition style and uniform aesthetic of screen-printing. With Warhol working 9 to 5 as an illustrator, the uniformity offers a witty commentary on the mass produced commodity culture of America.

The final portion of the exhibition showcases Warhol’s pop years from 1962-1967. The works showcased offer the same commentary as the soup cans, except now the subjects are derived from media images, evidently seen on the famed Marilyn Paintings.

Words and photography by Joe Ro