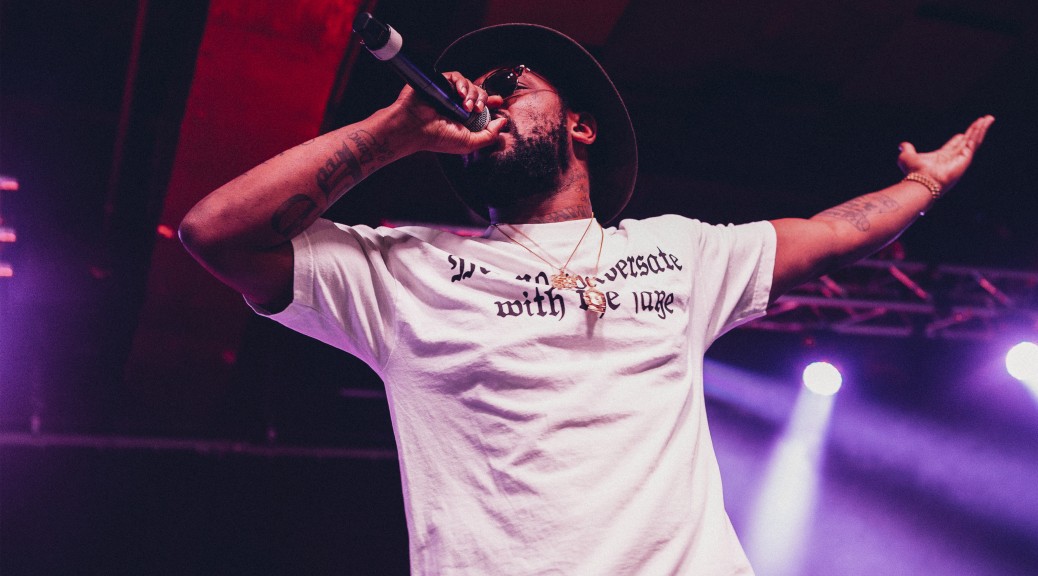 Only a day after the release of his long-awaited Blank Face LP, Schoolboy Q began a quick string of shows to promote the album before a full-blown tour. Groovy Tony will be making nine ‘pit stops’ in eight days to promote his album. Chicago was the third show of his cross country trek and fans got a chance to meet Q, purchase merch, and get their gear signed at Shuga Records. By the time the signing ended, Schoolboy had nearly lost his voice.

Two hours later, fans eagerly awaited his arrival and chanted as he took the stage in front of the sold-out crowd. Despite barely being able to talk, he performed a slew of hits from his old projects and his new LP. Schoolboy matched the energy of his fans who were packed into the mosh pit, in a uniquely intimate experience. Q made it clear to fans that these shows were only a small taste of what to expect in the coming months. Check out the video above for a full recap.