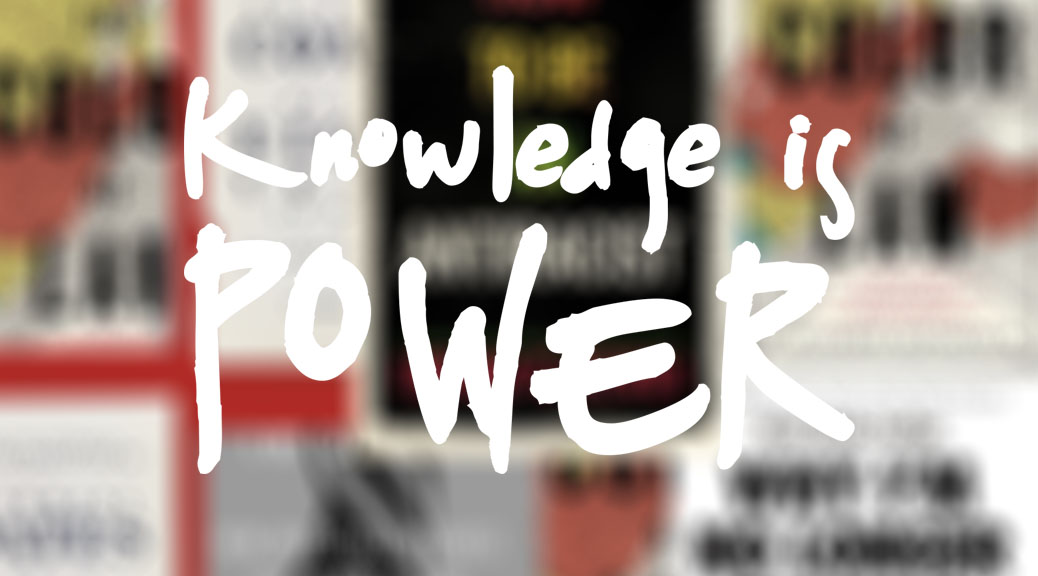 To emphasize and celebrate KNOWLEDGE, the first iteration in our “Power” series, here is a list highlighting several important works on race and power in America

How to Be an Antiracist, Ibram X. Kendi

“Ibram X. Kendi’s concept of antiracism reenergizes and reshapes the conversation about racial justice in America–but even more fundamentally, points us toward liberating new ways of thinking about ourselves and each other. Instead of working with the policies and system we have in place, Kendi asks us to think about what an antiracist society might look like, and how we can play an active role in building it.”

Why I’m No Longer Talking to White People about Race, Reni Eddo Lodge

“Award-winning journalist Reni Eddo-Lodge was frustrated with the way that discussions of race and racism are so often led by those blind to it, by those willfully ignorant of its legacy. Her response, Why I’m No Longer Talking to White People About Race, has transformed the conversation both in Britain and around the world. Examining everything from eradicated black history to the political purpose of white dominance, from whitewashed feminism to the inextricable link between class and race, Eddo-Lodge offers a timely and essential new framework for how to see, acknowledge, and counter racism. Including a new afterword by the author, this is a searing, illuminating, absolutely necessary exploration of what it is to be a person of color in Britain today, and an essential handbook for anyone looking to understand how structural racism works.”

“America’s great promise of equality has always rung hollow in the ears of African Americans. But today the situation has grown even more dire. From the murders of black youth by the police, to the dismantling of the Voting Rights Act, to the disaster visited upon poor and middle-class black families by the Great Recession, it is clear that black America faces an emergency–at the very moment the election of the first black president has prompted many to believe we’ve solved America’s race problem.Democracy in Black is Eddie S. Glaude Jr.’s impassioned response. Part manifesto, part history, part memoir, it argues that we live in a country founded on a “value gap”–with white lives valued more than others–that still distorts our politics today. Whether discussing why all Americans have racial habits that reinforce inequality, why black politics based on the civil-rights era have reached a dead end, or why only remaking democracy from the ground up can bring real change, Glaude crystallizes the untenable position of black America–and offers thoughts on a better way forward. Forceful in ideas and unsettling in its candor, Democracy In Black is a landmark book on race in America, one that promises to spark wide discussion as we move toward the end of our first black presidency.”

The Color of Law: A Forgotten History of How Our Government Segregated America, Richard Rothstein

“In this groundbreaking history of the modern American metropolis, Richard Rothstein, a leading authority on housing policy, explodes the myth that America’s cities came to be racially divided through de facto segregation–that is, through individual prejudices, income differences, or the actions of private institutions like banks and real estate agencies. Rather, The Color of Law incontrovertibly makes clear that it was de jure segregation–the laws and policy decisions passed by local, state, and federal governments–that actually promoted the discriminatory patterns that continue to this day.”

We Were Eight Years in Power: An American Tragedy, Ta-Nehisi Coates

“We Were Eight Years in Power features Coates’s iconic essays first published in The Atlantic, including “Fear of a Black President,” “The Case for Reparations,” and “The Black Family in the Age of Mass Incarceration,” along with eight fresh essays that revisit each year of the Obama administration through Coates’s own experiences, observations, and intellectual development, capped by a bracingly original assessment of the election that fully illuminated the tragedy of the Obama era. We Were Eight Years in Power is a vital account of modern America, from one of the definitive voices of this historic moment.”

All book summaries taken from bookshop.org.

In Defense of Looting, Vicky Osterweil

Who Gets to Be Afraid in America?, Ibram X. Kendi