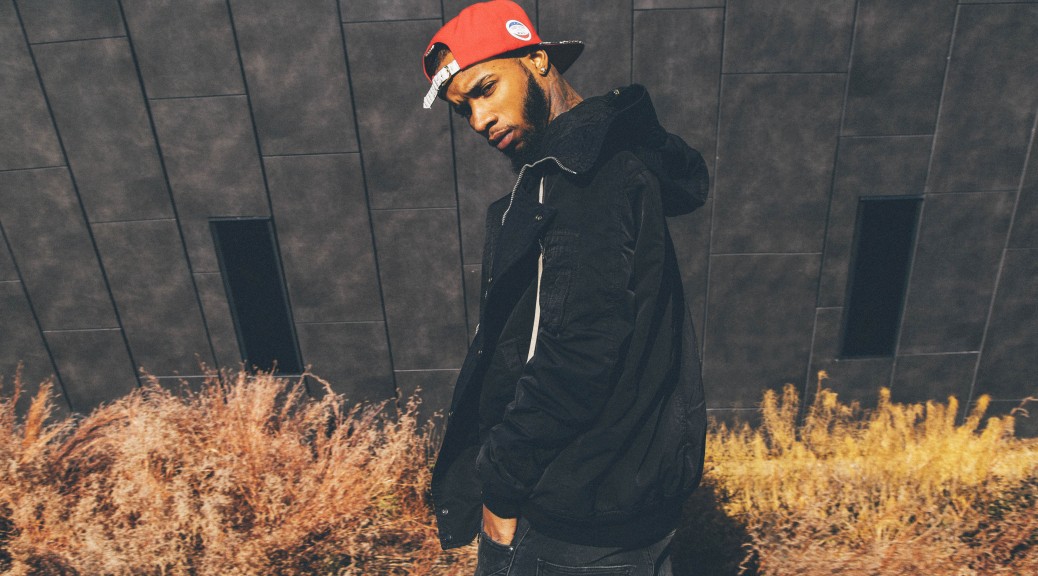 There are two kinds of people in this world: those who love Tory Lanez and those who don’t know about him yet. While Tory Lanez’ hundreds of thousands online followers and current sold-out North American tour gives us an estimated count of the latter, this number marks only the beginning. Lanez, birthname Argentino Fargo, is the artist behind “Say It,” which is currently making its round on the airwaves, combining a classic sound with a new Toronto flavor. This infectious signature Toronto sound comes naturally to the Canadian native, but he doesn’t comfortably stop there. Lanez is successfully swerving in and out of genres to the top, driven by a lot of talent motivated by ambition.

For our latest spotlight on our Artist Series, we caught up with Tory Lanez on his headlining tour’s Chicago stop.

What’s the story behind your name Tory Lanez?
My name came basically from this janitor in my community when I was living in Atlanta. He used to give us all nicknames and he called me “lanes” because I used to run through the streets a lot and stuff like that. As I got a little older and I wanted to rap I wanted everyone to call me “notorious,” like Notorious B.I.G. but they didn’t call me notorious. They just took the tory from notorious and they called me Tory and basically I just put the two names together and that’s how I got my name.

Your song “Say It,” your freestyle on Sway in the Morning, your collaborative work (i.e. with Meek Mills) shows that you’re not confined to one genre, how do you master being a “jack of all trades?”
My genre of music is “swavey” and basically the reason why I say that is because swavey is the genre of music that means you’re talented enough to fuse more than one genre together and make it your own without limitations or borders, and that’s what I do. I always try to make the music versatile, ten steps ahead of everybody with the music. I always keep my audience on their toes; they never know what’s coming next.

What’s the experience been like on your Swave Nation tour so far?
Everything’s been sold out back-to-back and it’s been great. It’s been a blessing from God when it all comes down. I’m just happy that I’m here, happy that people are really connecting to the music.

Who are some of your favorite artists, music or beyond?
I like me. I like Bird Man back in the day, and Pac, oh yeah, and Kanye West.

What clothing brands are you into right now?
Just Don for sure, Maison Margiela, and also I rock a lot of my own shit the Swave Nation brand.

As we round out the year, what was the highlight(s) of 2015?
I got on the radio this year, was on MTV Jamz, I was on the intro of Meek Mills album, got signed to Interscope, I did this shoot with you guys.

What’s in store for you in 2016?
Just expect the unexpected. You know the album is on its way. We’re just doing what we’re supposed to be doing. I think in 2016 there’s going to be a lot of talking. I feel like that’s going to be the year when a lot of people are going to start talking and my name will really be manifested into the world.

Check out his sold out live performance at Santos Party House, New York below.