We all knew we were in for a one of a kind concert experience at Common’s AAHH! Fest… after all, it’s not every day a music festival is hosted by Dave Chapelle. Dave said it himself: “Take a picture of me now, because you might not see me for another ten years.”

Chapelle hit the stage right after Jennifer Hudson blew the crowd away with her vocals, all whilst looking amazing in OFF—White. But that was just the beginning. Lupe Fiasco followed her performance, warming up the crowd with old time favorites “Kick, Push” and “Go Go Gadget Flow.” Unfortunately, the plug was pulled on Lupe’s set, as he lost track of time during his passionate performance. Common hit the stage, performing his hits with extra enthusiasm as the man responsible for the all-star event. Halfway through his set, Common brought out Twista, who sped through tracks for loyal Chicago fans.

But, of course, everyone was waiting for the man of the night and “surprise guest,” Kanye West. Kanye (also sporting an OFF—White flannel) said he was set to only perform three songs, but instead he gave his hometown crowd an incredible sixteen-song show. From the inevitable Chicago ode “Homecoming” to “New Slaves,” Kanye put on an unbelievable and intimate show on the relatively small AAHH! Fest stage, a performance unlike anything we’ve ever seen before.

With this night going down in the history books, we’re already looking forward to how AAHH! Fest will top this inaugural event in the years to come. 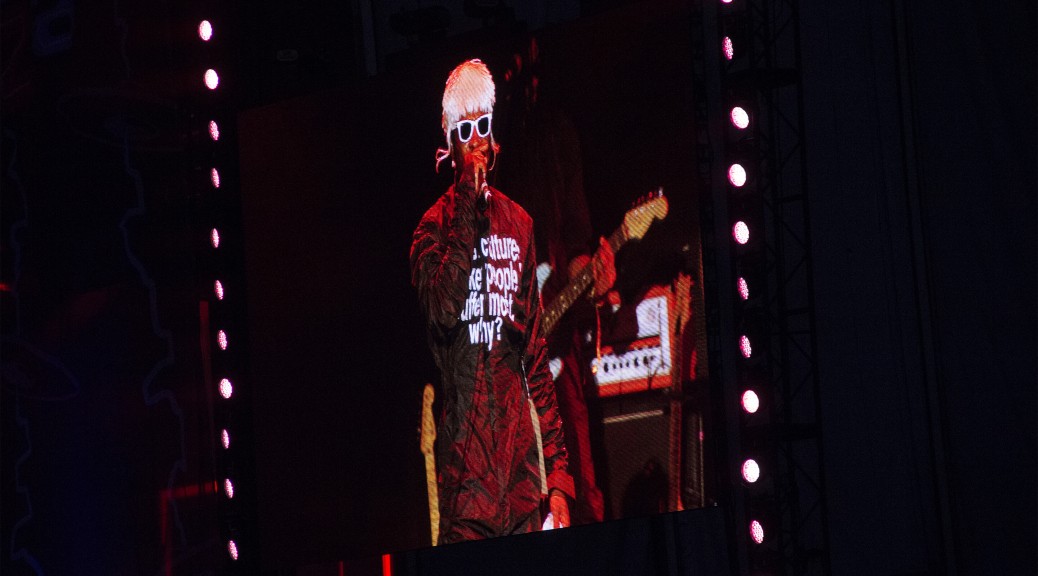 A sea of people rushed to Lollapalooza Music Festival in our hometown Chicago this weekend, but only a handful mastered the art of keeping their cool through the 3-day party that is the fest. No easy feat, considering the city’s sporadic weather, mud fields, and crowds of sweaty, intoxicated Millennials. Full of hope, we made our way through the fields of Chicago’s Grant Park, and to our surprise found gems of the Rick Owens and Fear of God variety.